Why you gotta be so mean?

Something has been bothering me all week, and I have decided to give in and tell you about it. And ultimately, I’d love input, because more than likely you’ve experienced something similar. 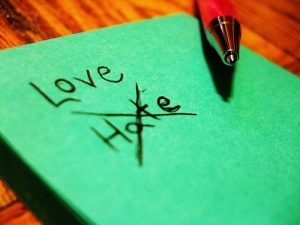 Monday was the Presidential Inauguration. I spent most of the day watching it (while grading papers and creating rubrics). I spent a good part of the day on social media as well, unfortunately. I really should have known better. The election night tweets and Facebook posts were bad enough, but I guess people weren’t done licking their wounds and had to air their grievances, yet again. I’ve gotten used to some of the posts. I mean, I get it, you don’t agree with the president. Or you do agree with him. But sometimes I’m just shocked at how mean people can be. Is it helpful or beneficial to tell people to ‘Go to Hell’ or ‘De-friend me if you voted for__________’.

Anyway, I digress. I was browsing through twitter, checking out the news articles and reading updates from various people, when I saw a tweet. It was a tweet from a prominent Christian leader and author. I’m not going to quote the tweet directly, but essentially it made an assumption about our President’s faith. It bothered me, but I wasn’t surprised. My newsfeed on Facebook is usually pretty full of such claims, even though I don’t think any of us really know what’s going on in someone’s heart (I’m pretty sure I read in the Bible something about only God knowing the heart). But anyway, I don’t want to dwell on that. A few minutes later an incredibly angry, profanity filled stream of tweets filled up my feed. The tweets were all from the same person- another Christian leader I followed and respected. In fact, I was pretty neutral about the first leader, but this second leader was almost a hero to me. I admire his tenacity and his great ideas. I followed the organization he started and have supported it financially.

Obviously the tweet made leader B very angry. His response to leader A was over the top. The ‘f’ word was used, and he then generalized his tweets to include all people who were of a similar political and faith affiliation as leader A. The tweets kept coming….and coming….and coming. And it was painful for me to read. It settled deep in my soul and disturbed me. I had hoped that leader B, who I deeply respected and supported, would have risen above the first tweet and rebuked leader A with love and respect, treating him the way he hadn’t treated our President. Leader A has gotten a lot of backlash for his tweet, but has not responded to it. Leader B ultimately apologized. But it’s been hard for me, because the damage has been done. I know that we need to forgive and move on, but I feel very disappointed that I witnessed that exchange.

When did our country get so ridiculously divided that we would make up really disrespectful names for our leaders? When did it become okay to attack our leaders’ families with hateful words? When did calling people of the same faith “mother f-ing conservatives” suddenly become the norm? When did we decide that implying that people should be killed was perfectly acceptable? And ultimately, when did we throw away all civility and decide that it’s okay to hid behind a computer screen and spew spiteful and cruel rhetoric at fellow human beings?

We may never have the answers to those questions, except for that none of us are perfect. We all judge, we all say hurtful things. And even when we don’t say the hurtful things, we still think them. I do my very best to avoid the social media stake burning, but I’m sure comments I’ve made have been taken as hateful. And anyone who knows me well knows that I almost always have an opinion and usually a desire to share it. There have been many times where I have so desperately wanted to make a sarcastic, mean, or cheeky comment at someone’s post, but I’ve taken a deep breath and refrained. But I also believe there’s a balance. Sometimes we need to call others out, but we need to do it in a sensitive and respectful way.

There’s really not a moral to my story tonight, I just want to hear from you. What do you do to refrain from the cruel social media madness? What’s the worst thing you’ve seen, and how did you respond? What do you think is the best way to make all this better?

2 thoughts on “Why you gotta be so mean?”